Lottie’s Run is a novel for readers aged nine and upwards. It tells the story of a girl who is kidnapped by a gang of two men and a woman who demand that Lottie’s father, who is captain of England’s football team, enables opponents, Andorra, to score two goals against his team in a forthcoming match. The story begins with Lottie hiding from her captors in dark woodland at night, and tells the story of her escape and the kidnappers’ pursuit of her through a strange and unfamiliar land. Lottie is of mixed race, and although this is not generally significant to the story, there is some discussion about racism. She is a strong, determined character who battles against periods of despair as she overcomes various challenges by using initiative and by considering different options. Lottie is also good at sport and is academically able. The book should appeal to both boys and girls and includes a range of topics which may interest readers, including wildlife, football, the effects of being a celebrity, and attempts to communicate in French. There is a dramatic conclusion to Lottie’s adventure, which involves heroic acts and an ingenious, if painful, solution.

Dr David Waugh is Senior Teaching Fellow at Durham University and an expert in Primary English. He has written 27 books on the subject and was an adviser for the National Strategies form 2008-2010. Until 2008, he was Head of Education at University of Hull. He has taught in four schools and was a deputy headteacher before working in higher education. 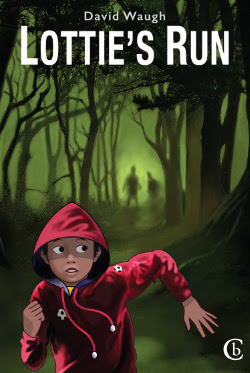 Posted by Rockpool Children's Books at 12:07